World in Sound: interview with Wolf

Do you remember the time when you understood that a record label like yours was missing? What was your intent, what was you favourite sound at the time?
When I finished University in the end 90s I was into buying collections, kept the best and sold the rest and got more and more into psychedelic and 70s hard/prog/jazz rock and rare albums, trading etc. Then came the bootlegs of all these super rare US underground albums and I knew from the moment when I heard Mystic Siva, I want to do this in the best way it can be, qualitywise on vinyl. Later I also did CDs. I didn´t have any expectations but the feedback was great and I released more and more and so it developed from a hobby into business.

Did something change from that time in your personal taste?
Not much. Since childhood I was into haunted, powerful and rebellish music until today. As a kid I listened to Elvis Presley, Pat Boone, Joe Meek stuff and classical orchestras, then came Metal… In my taste only the instrumentation of albums I love, opened a bit more to horns, acoustic guitars, keyboards etc. In the 80s I was a Thrash Metal fundamentalist and did not accept anything else than punk and metal. Tell me a few lines about your favourite 5 records. EVER. Wolf: I consciously deny to rate albums, I released among my top 5 ever, but some might be in it. My Top 5 (chronologically) would be:

The underground music business is not a real business. But it’s a kind of. Are you satisfied with your label and what do you think an indie label like World In Sound could do to improve its visibility and better promote its artist?
I´m very happy with WIS! I met amazing musicians and none of my albums was made without the agreement of the bands, especially for 60s music there are tons of bootlegs on other labels. I always loved to discover the band´s histories. Further, several of my bands presented live shows to me that made me smile instantly after the first tone. I do this for 15 years now and in the 60s/70s psych & reissue scene World In Sound put out several cult albums and I started it as a hobby turning into business after a few years, when CD sales were bigger than now. In 2006 I opened the spectrum for new bands. It was in the beginning of a bit different market, but for example Samsara Blues Experiment was also bought a lot by my 60s re-issue fans worldwide, since most of my releases go into a very similar musical vain, no matter if recorded in 1969 or 2009. To increase visibility I need more great bands who tour and blow peoples minds. Since this year Chris Peters of SBE works on WIS-marketing, promotion and artist presentation purposes, which before put me in a lot pressure. To handle all at once became too much for myself. My label catalog spans ca. 150 releases plus a distribution catalog of over 250 titles. The best promotion for young artists are live shows and I try my best to get them into scene festivals, like the Lone Crows on Freak Valley, Prisma Circus on Desert Fest, where they can present their great musical skills to the scene. I believe, if music and live performances are outstanding, the product (band) markets itself and WIS takes best care of placing the product.

Do you believe in live music?
100%! Almost all of my bands recorded their studio albums completely live, not track by track. Even the Beatles recorded their albums live! Only by playing live the magic of real organic music can work out!

Which is the best selling title of your catalogue?
Samsara Blues Experiment “Long Distance Trip” sold physically (CD/LP) over 7.500 copies and at the 60s re-issues it´s Cold Sun “Dark Shadows” which sold over 5.000 units.

What is the last show you came to? Which band?
That was one of WIS-bands: The Lone Crows. It was fuckin´ awesome, last weekend. The last concert I bought a ticket for was Black Sabbath, which was amazing too!

Which is the country who mostly love World in Sound´s catalogue?
Hard to say. Except for Australia we sell to all continents. Pretty much the same for South America, USA, but also in Europe. Quite a lot is sold through Rough Trade, our distributor here in Germany, especially when bands are touring. I guess WIS is loved by those who need the little extra and cross over just one genre!

Can you tell us a little about your next efforts? Is there some new releases in the air?
Yes there are lots of great albums in the pipeline. Beware of The Rising Sun Experience from Portugal, who have an album coming in 3 weeks. There´s also my first 80s re-issue and unreleased material of Blind Illusion feat. Mark Biedermann, Les Claypool and Larry Lalonde. For 2015 I definitely want to do a WIS festival, to present “the WIS family” to heavy psych fans and hopefully evoke enthusiastic live thunderstorms!

What do you think about the Italian underground scene? Do you support any particular band? Are you satisfied with them?
I must honestly say that I don´t follow the new rock bands music market too much, but as you see I have Il Balletto in my Top 5 ever. I guess you will for sure agree that you have to look allover the world to find such extravagant and extraordinary groups like that. Also Raw Power from the 80s ruled! Another contemporary Italian band named Doctor Cyclops is on my label and I like them a lot, especially the “Oscuropasso” album shows promising development, but they had a harder start to find live dates than others. It seems harder for rock music from Italy to get through to here.

Tell us something you won’t tell anybody else (this way).
“The Sum of the Music is bigger than the sum of the musicians”. You know, some got this special kind of magical flow and some will never find it! Thank you for the interest in WIS! 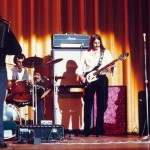 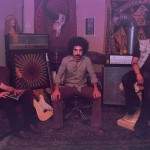 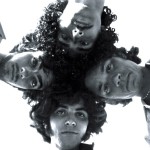 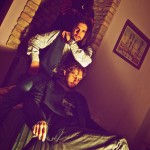 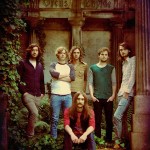 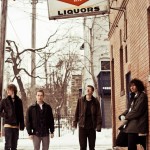 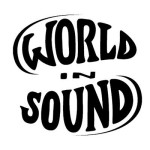 This website uses cookies to improve your experience while you navigate through the website. Out of these, the cookies that are categorized as necessary are stored on your browser as they are essential for the working of basic functionalities of the website. We also use third-party cookies that help us analyze and understand how you use this website. These cookies will be stored in your browser only with your consent. You also have the option to opt-out of these cookies. But opting out of some of these cookies may affect your browsing experience.
Necessary Sempre abilitato
Necessary cookies are absolutely essential for the website to function properly. This category only includes cookies that ensures basic functionalities and security features of the website. These cookies do not store any personal information.
Non-necessary
Any cookies that may not be particularly necessary for the website to function and is used specifically to collect user personal data via analytics, ads, other embedded contents are termed as non-necessary cookies. It is mandatory to procure user consent prior to running these cookies on your website.
ACCETTA E SALVA
popup test cf